As an Amazon Associate we earn from qualifying purchases.

Youth soccer is one of the best ways that you can get your child to be active and socialize with peers who have the same interests at the same time. It helps that you don’t have to look far and wide to know what to wear to soccer practice.

For a beginner, basic apparel will work fine and is accessible in most sports stores. However, if you really want your kid to look like a little pro, here’s a basic guide to what soccer players wear in training.

What to Wear to Soccer Practice

Compared to other sports, there isn’t very much apparel that is required for soccer. This is an upside, as it means that you won’t have to make nearly as large of an investment into soccer clothing as you might in other sports.

With that being said, there is still some essential wearings. As with any competitive sport, soccer requires some specific types of preparation and gear. These might help amp up his or her game.

While it may seem obvious, you most certainly do not want to march your child out on the soccer field in heavy clothing not designed for exercise. At the same time, you want more refined clothing than just general running clothes.

Soccer shorts are basically a blend between basketball shorts and running shorts. Their characteristics are: 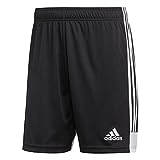 There isn’t anything particularly special that needs to be worn as a soccer shirt. Often, it will be fitting to put your child in a shirt that corresponds with their team. If they don’t have any team-oriented shirts, a simple moisture wicking shirt will work fine. 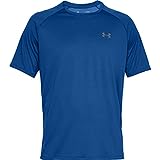 Sliders are not mandatory, but are a very nice and welcomed addition to wear. Soccer players slide a lot, and all that sliding can leave your legs scratched and injured. 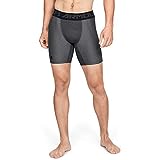 In addition, a lot of the soccer fields that players practice on have uneven grass and dirt patches, increasing the risk of injury during sliding or falling.

Sliders are basically thick shorts that are worn under your soccer shorts, and they have padding on the backside of your legs to protect them.

Sliders are especially valuable when playing indoor soccer. Because the field isn’t natural, you have the risk of sliding or falling and incurring a “burn” mark on your skin from the plastic surface.

There are several things that you need to wear that are specific to soccer, such as shin guards, soccer-specified socks, and cleats.

Soccer is one of the few sports that engage in a lot of contact below the waist. This sport in particular mainly uses the feet and legs, which makes those body parts the most prone to injury. Although you are almost certain to get a good workout session every training and game, your shins are highly susceptible to injury and need protection.

Shin guards ensure the protection of your kid’s legs against unexpected kicks and fast-moving soccer balls. It is vital that your children wear shin guards every time they practice, and not just for games.

Shin guards’ sizes and thickness vary but they’re usually made of rubber or plastic. Anything that provides ample protection is good for practice.

For good measure, it should fit tightly enough to your kid’s shins that they can be covered by their socks. Shin guards should cover the majority of the shin, starting just above the ankle and going up to the base of the knee (but not touching the knee).

Soccer socks are really long, as they need to cover your shin guards. Don’t be alarmed when buying your first pair for your children – chances are they will go well above the knees when pulled all the way up.

The best soccer socks need to be long enough to adequately cover the shin guards. They serve a second duty, which is to keep the shin guards in place as the player runs all over the field. As such, they need to be tight around the leg.

Most soccer players fold their socks down over their shin guards, creating a double layer. This further helps to keep them in place.

Socks should be made of a thicker material. Because soccer players get kicked frequently, and even take the occasional cleat to the ankle, the material of the sock needs to be thick enough to not rip.

Soccer cleats (not to be substituted by baseball or football cleats) are the specific type of shoes players and athletes wear. These shoes are identified by the cone-like “studs” on the bottom of the sole. It helps for running in grassy fields, especially when the ground is wet.

These shoes are usually made with rubber, plastic, or metal. However, the first is the most recommendable one for more support and resistance, especially when you’re running and passing the ball around. If metal, make sure it’s allowed by their coach as it’s banned in some leagues. It might not be beneficial for your child to get used to something he wouldn’t use in actual games.

In the beginning, especially if your child is below 8 years old, he or she may not have to wear these shoes yet and resort to turf shoes first. However they’re important if you’re considering this to be long-term and when your child is getting serious about playing.

Playing soccer is not the same all year round. What your kid wears to training change in line with the weather as it can affect his performance.

In hot weather, it’s advisable to wear lighter clothing that allows much air circulation throughout the body. Sunscreen is also a must, as it always is. For goalies, it could also help to wear a cap to shield the eyes from the sun.

In cold weather, you might want to consider base layers. Even though your kid is going to sweat a lot and warm up his or her body, it’s much better to prevent viruses and other common colds to hit them. You can have them wear training jackets that are specifically for active sports, gloves, and head gears like a cap or appropriate hats.

Soccer players use their feet, but goalkeepers are the only players in the lineup that are allowed to use their hands. If your child is the goalie, it would help his or her game immensely to wear top quality goalie gloves. Look for something with a good fit and grip; style and extra features are optional factors.

The fashion industry has met the world of soccer, as recent trends would show. The former has taken inspiration from the latter to create new styles and almost everyone’s been getting on the bandwagon.

If there’s something this tells us, the appeal of neon cleats, soccer jerseys in primary colors, and even the white stripes and black-and-white checkered accents have finally caught on beyond soccer fans and players. Yet, there’s more where fashion could take notes from.

For a long time, probably since their inception, headbands have been noted as a head piece to keep women’s locks away from the face. Therefore, they’d been reserved and associated with the feminine.

Then comes in David Beckham, one of the most popular players in the word. He started wearing one unapologetically. Vogue kept notes, for those who’ve forgotten, how the star player first donned a headband during a game in 2003, after wearing the same one casually just a year before. Since then, more photos of other male soccer players wearing headbands in-game are added to the archives, setting the trend for future players.

Male and female players alike have copped the style. Thick headbands reminiscent of that which tennis players would wear have been used for practical reasons by women who have more hair to shove away from their faces. Thin ones, on the other hand, have been seen multiple times resting on men’s heads close to their hairline, keeping the baby hairs away as their short locks drop down with sweat.

A combination of styles from the ’60s to the ’90s and sports themes inspires the current fashion scene, especially among millennials. It leaves little doubt for why soccer jerseys are on-trend right now. From jacquard patterns to primary colors, it satiates the appetite of 20- and 30-year-olds for the nostalgic trends of their youth.

Aside from the color, design features like color-blocked stripes and seams, big graphic prints of team names, and an occasional brand logo contribute to the aesthetic. This is a cool way to showcase team spirit and brand loyalty if your kid is also a big soccer fan.

Knee-high socks are preppy in every sense except when it transforms the vibe when worn with soccer practice clothes or with the uniform. You might be familiar with argyle socks as they’d been used for quite some time by professional soccer players. However, colored socks are getting traction on the field (and fashion runways too).

Color-coordinated socks and soccer jerseys are, as the young would say, “a look.” Even if it’s just for training, fashionable sportswear can affect performance positively, so it’s worth a try.

If you’re just coming around to the mismatched shoes trend now, you’re a little late to the party. The good news is, in the world of soccer, mismatched cleats are nothing strange. It all started with Puma’s pink and blue cleats, which pros wore prominently in 2014.

To this day, it can be fun to play around with the style, as mismatched shoes remain a nice surprise in whatever setting. On the red carpet, celebs go all out with it. On the field, players can make a fashion statement with mismatched neon cleats.

Generally, men and women’s soccer clothes have little to no differences in appearance as they  usually look appropriate for both sexes.

The common notable differences would only go as far as the colors used. Women’s clothes tend to have more color options while men’s clothes stick to the usual neon shades of green, yellow, orange, and the like.

This opens the argument that women’s sports attires are often skimpier than men’s, but different body types between men and women also play a part in the size and fit of their clothes.

Soccer is quite low-key when it comes to sports apparel. Aside from a few specific gear choices, there’s little restriction to what players can wear. Whether your little athlete is a beginner or on the way to becoming a varsity player, these are standard needs for youth soccer.

Soccer apparel serves multiple duties: to both enable and protect the player. Following this guide ensures your child is ready to play soccer, while also being protected while on the pitch.

Tim Frechette is an avid athlete, having played sports like soccer and basketball his entire life. He brings a wealth of athletic knowledge to his writing.